Story Time : How I got started in Computer Networking 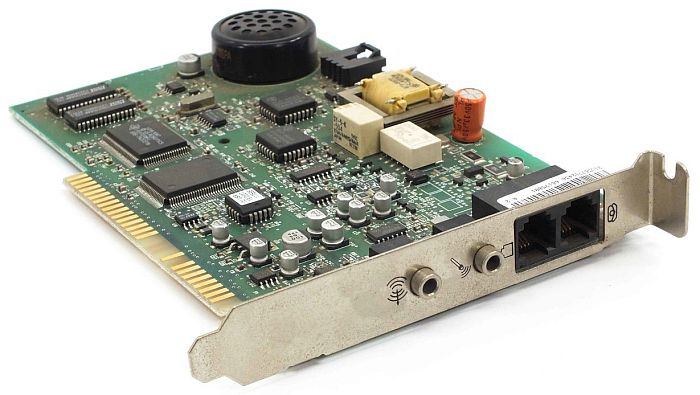 A modem was the only available way to reach out and connect to other computer systems in the early 90's. They were not cheap, but the allure of finding out what was out there was enticing. You saved, until you could get one.

My first modem was an US Robotics Courier 2400 bps, internal model. Purchased it in a company liquidation sale, new in a sealed box.

I had to learn VERY quickly of all the intricacies of IRQs, Com port addresses and default assigned IRQs, Jumper settings to change those.

And — even when perfectly configured for a Com 2, IRQ 3 (I think it was, been a long time), it did not work well at all.

More troubleshooting, and it was the beginning of my learning of many aspects of PC technology. Fast forward 5 years and I was teaching a Computer Repairs class, all from what I learned on my own, struggling but persevering and getting things working in the end.

Loved it, specially when things were working well!

Turns out, the modem problem wasn't the modem, or any ports on the ISA expansion card this system had. It was the mouse, a Logitech bus mouse with its own ISA controller card, which had been set by jumpers to use IRQ 3, the one I wanted, default for Com2 serial ports.

Once I figured that, a Jumper change and it moved to IRQ 5; no more conflicts.

And my adventures in the BBS world started. Becoming an active member of FidoNet was the next phase.

Internet? that took about 4 years before I could get access, when joining a University. NO consumer internet existed at the time, it only became more common later, 1996-7 or so.

Joining the internet in the mid 90s:

My first access to the internet was via an academic server, running Irix on a Silicon Graphics machine. They were pretty, with some purple details and very modern design. We low grade users did not have physical access of course, but the Irix command line was quite enjoyable.

See the Joining the internet in the mid 90s post for the continuation of this story.

a. US Robotics Courier Modems :

U.S. Robotics Corporation, often called USR, is a company that produces USRobotics computer modems and related products. Its initial marketing was aimed at bulletin board systems, where its high-speed HST protocol made FidoNet transfers much faster, and thus less costly. During the 1990s it became a major consumer brand with its Sportster line. The company had a reputation for high quality and support for the latest communications standards as they emerged. Wikipedia page Company page Gadgets we miss : Medium

In electronics and particularly computing, a jumper is a short length of conductor used to close, open or bypass part of an electronic circuit. They are typically used to set up or configure printed circuit boards, such as the motherboards of computers. The process of setting a jumper is often called strapping. Wikipedia page Jumper Images at Wikipedia

In computing, a serial port is a serial communication interface through which information transfers in or out sequentially one bit at a time.[1] This is in contrast to a parallel port which communicates multiple bits simultaneously in parallel. Throughout most of the history of personal computers, data was transferred through serial ports to devices such as modems, terminals, and various peripherals.

While such interfaces as Ethernet, FireWire, and USB all send data as a serial stream, the term serial port usually identifies hardware compliant to the RS-232 standard or similar and intended to interface with a modem or with a similar communication device.

Interrupts are commonly used by hardware devices to indicate electronic or physical state changes that require attention. Interrupts are also commonly used to implement computer multitasking, especially in real-time computing. Systems that use interrupts in these ways are said to be interrupt-driven.[2]

Industry Standard Architecture (ISA) is the 16-bit internal bus of IBM PC/AT and similar computers based on the Intel 80286 and its immediate successors during the 1980s. The bus was (largely) backward compatible with the 8-bit bus of the 8088-based IBM PC, including the IBM PC/XT as well as IBM PC compatibles.

Originally referred to as the PC/AT-bus, it was also termed I/O Channel by IBM. The ISA term was coined as a retronym by competing PC-clone manufacturers in the late 1980s or early 1990s as a reaction to IBM attempts to replace the AT-bus with its new and incompatible Micro Channel architecture.

In computer architecture, a bus[1] (a contraction of the Latin omnibus) is a communication system that transfers data between components inside a computer, or between computers. This expression covers all related hardware components (wire, optical fiber, etc.) and software, including communication protocols.[2]

Dial-up Internet access is a form of Internet access that uses the facilities of the public switched telephone network (PSTN) to establish a connection to an Internet service provider (ISP) by dialing a telephone number on a conventional telephone line. Dial-up connections use modems to decode audio signals into data to send to a router or computer, and to encode signals from the latter two devices to send to another modem. Wikipedia page Dial up modem sounds Dial up video (26 secs)

A Bulletin Board System or BBS (once called Computer Bulletin Board Service, CBBS[1]) is a computer server running software that allows users to connect to the system using a terminal program. Once logged in, the user can perform functions such as uploading and downloading software and data, reading news and bulletins, and exchanging messages with other users through public message boards and sometimes via direct chatting. In the early 1980s, message networks such as FidoNet sprung up to provide services such as NetMail, which is similar to email. Wikipedia page

FidoNet is a worldwide computer network that is used for communication between bulletin board systems (BBSes). It uses a store-and-forward system to exchange private (email) and public (forum) messages between the BBSes in the network, as well as other files and protocols in some cases.

The FidoNet system was based on a number of small interacting programs. Only one of these interacted with the BBS system directly and was the only portion that had to be ported to support other BBS software. This greatly eased porting, and FidoNet was one of the few networks that was widely supported by almost all BBS software, as well as a number of non-BBS online services. Wikipedia page