The Fediverse reminds me so much of FidoNet 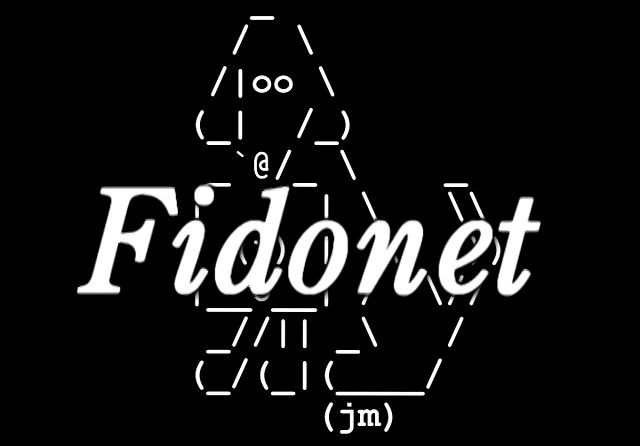 Time to catch up, and I remembered an idea for a blog post a few days ago. We were having some discussions (which turned a bit heated), but later things calmed down.

Chatting in a Mastodon network thread, I mentioned the situation reminded me a lot of my days in the BBS world; where I started in computers, dial-up modems, and the network I was soon participating in – called FidoNet. The conversation went as follows:

Brings memories of sysops battling it out on our local FidoNet network!!

Fediverse is indeed quite similar to the wonderful pioneer that Fidonet was. Way before internet was accessible to the masses.

@anarchiv : as a part of the unthinking masses, I don't know what that is.

Fidonet? it was a network formed by independant system operators (sysops for short) in the days of BBSes (Bulletin Board Systems) being the only computers you could reach and connect to from home.

We only had dial up lines, but it was amazing to dial up and connect to a place with information, software for download, online games. All of this for free in most cases.

People operated those as a hobby, all of them loved computing. It attracted similar people, which is how I joined. 1992.

I will write a blog post or more about it soon, there's so many good stories and similarities to the Fediverse. It felt immediately similar when I joined here.

Even the brawling with other sysops, who sometimes we didn't like, we did that as well, lol.

Great fun to be had, lots of coffee was consumed, talks went late into the night.

The network was worldwide, and sent international mail via phone calls. Data lines? not available at the time. 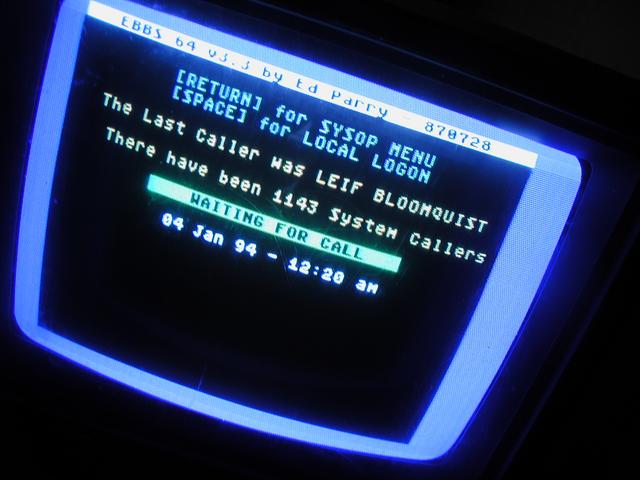 Another conversation mentioned Fidonet on our Local instance chats.

I have been seeing and feeling many similarities between the fediverse and my first experience with networking, way back in the early 90s.

Back then, all we had were BBSes, phone lines and 2400 bps modems, but there was an international network linking many of them already – FidoNet.

FidoNet had as one of its core principles something similar to your approach here:

@freemo : I started on the BBS dialup days as well. The connected network between them was just coming around at the time.

Yes, I did play some of the games. Sometimes you had to be waiting to be able to connect, as in most cases there was only one phone line. People had fun running a BBS in a spare computer, and we could get software galore, when there was no Internet access to the public, which only came later (about 1995 or so here in Canada).

Watching the dialing, the link negotiation between the modems, seeing the ASCII art load, it was so much fun.

From those pioneer days, fast forward 25 years — And now we have online, free streaming video of the nice “BBS – The Documentary” series, by Jason Scott.

The full series is on Qoto Peertube; see a playlist with all 8 episodes here. If you want to see the FidoNet episode, part 4, it's here. 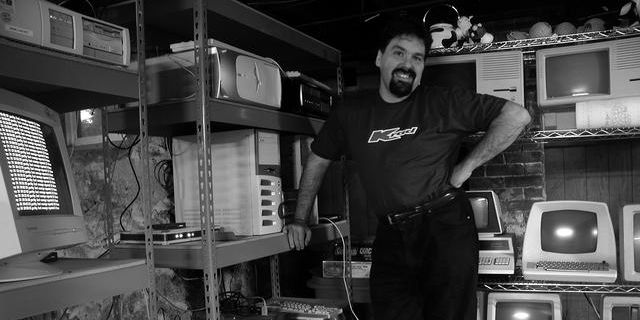 From the DocuWiki page for this series, we have the full synopsis :

Long before the Internet escaped from the lab, connected the planet and redefined what it meant to use a computer there was a brave and pioneering band of computer users who spent their time, money and sanity setting up their home computers and phone lines to welcome anyone who called. By using a modem, anyone else who knew the phone number of these computers could connect to them, leave messages, send and recieve files.... and millions did.

They called these places “Bulletin Board Systems”, or BBSes. And their collections of messages, rants, thoughts and dreams became the way that an entire generation learned about being online. When the Internet grew in popularity in the early 1990s, the world of the BBS faded, changed, and became a part of the present networked world.. but it wasn't the same. 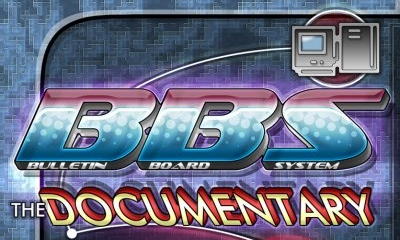 Get your own copies :

Jason Scott has released the original DVDs to the Internet Archive, and anyone interested can watch online, download individual episodes — or the 3 DVD ISO images here.

A Bulletin Board System or BBS (once called Computer Bulletin Board Service, CBBS[1]) is a computer server running software that allows users to connect to the system using a terminal program. Once logged in, the user can perform functions such as uploading and downloading software and data, reading news and bulletins, and exchanging messages with other users through public message boards and sometimes via direct chatting. In the early 1980s, message networks such as FidoNet sprung up to provide services such as NetMail, which is similar to email. Wikipedia page

FidoNet is a worldwide computer network that is used for communication between bulletin board systems (BBSes). It uses a store-and-forward system to exchange private (email) and public (forum) messages between the BBSes in the network, as well as other files and protocols in some cases. Wikipedia page

Dial-up Internet access is a form of Internet access that uses the facilities of the public switched telephone network (PSTN) to establish a connection to an Internet service provider (ISP) by dialing a telephone number on a conventional telephone line. Dial-up connections use modems to decode audio signals into data to send to a router or computer, and to encode signals from the latter two devices to send to another modem. Wikipedia page Dial up modem sounds Dial up video (26 secs)