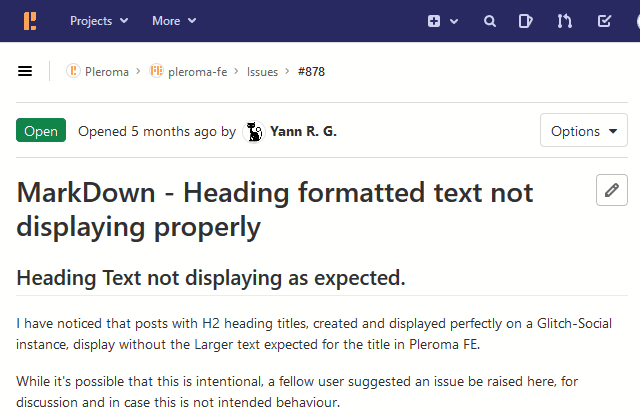 That is a Good Question. Here's why.

A collage of recent posts on important issues we face in the Fediverse. And which we hopefully can move forward on.

Why you chose Glitch social? It still can be affected by Eugen.

Indeed — Glitch-Social is a Much Better mastodon, but still has the heavy load of all the mastocode under the hood.

I would prefer to use Pleroma, BUT...

... There are some UGLY markdown rendering issues, and I cannot live with that.

From my Pleroma GitHub Issue post, a partial quote:

I have noticed that posts with H2 heading titles, created and displayed perfectly on a Glitch-Social instance, display without the Larger text expected for the title in Pleroma FE.

While it's possible that this is intentional, a fellow user suggested an issue be raised here, for discussion and in case this is not intended behaviour.

Which display so in Pinafore client (logged at the source, a Glitch-Social instance, here using the Dark Greyscale theme) : 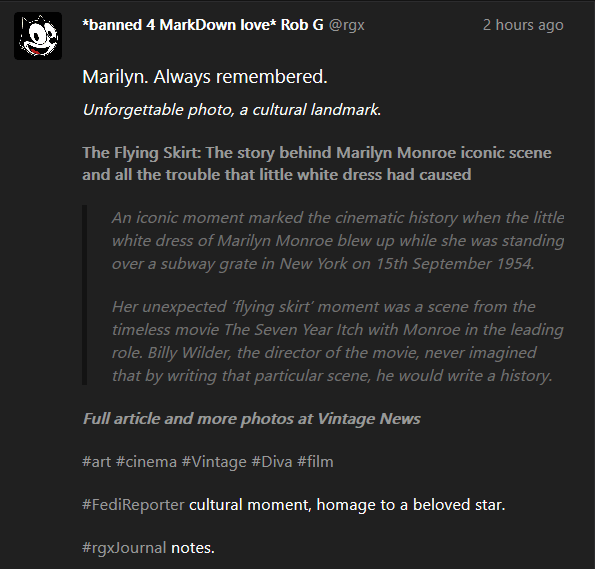 Made a big post yesterday about it and included Lain on it – hoping he would push the Pleroma FE people to fix that.

They also would need to improve the MastoFE

...under Pleroma a bit – it's the GlitchSocial web client, and very decent for me, as I am more used to this side of fedi.

PleromaFE is intriguing, but a SINGLE column to display info is so Wrong, for me — Wide Screen displays in PCs and Laptops deserve better.

And here's what I mean, better 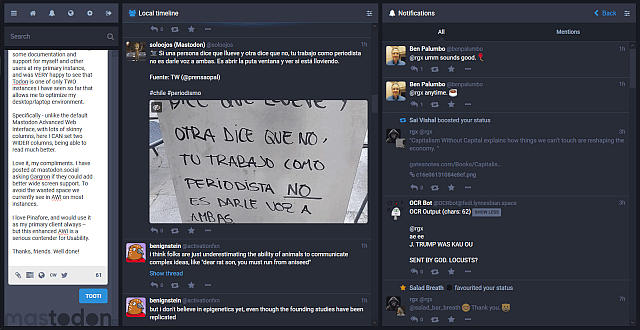 The screenshot above is from Todon.nl — and that is running plain Vanilla Mastodon. (click image for full size version)

They just happened to have a better awi Wide Screen Theme, and without any extra software, I could get and use the work environment you see here, above.

And it can still get improved

As shown here, in another screenshot. From Todon.nl as well. 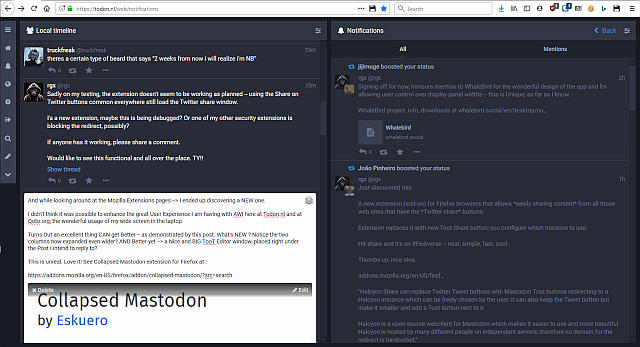 For me, this was the Dream Team, the best work environment for someone who likes to read and writes long form — which I do.

Sadly, changes in the Mastodon code since version 3.1.4 have disabled the styling which Collapsed Mastodon did.

It could be possible to do the same in the project's own Web Client code itself. If there's interest by the developers, which is the main obstacle to get anything done. (the user add-on, sadly no longer working. )

An ongoing battle for improvement

That's another one of my pet peeves – and one I am also working on. Hard to get changes made, I have reported things and offered suggestions.

Eugen R. doesn't even respond to me anymore. 🙄

(he thinks the skinny, narrow and ADHD inducing 4 panels awi is the shits, apparently.) 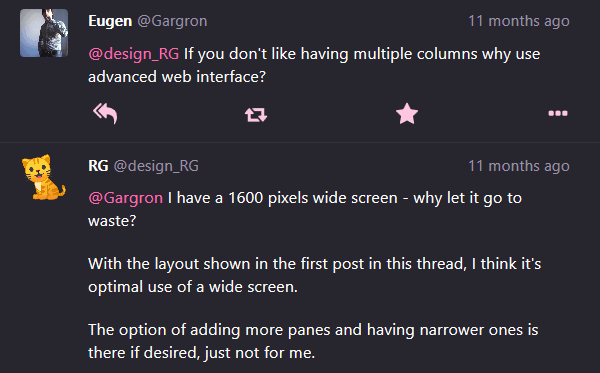 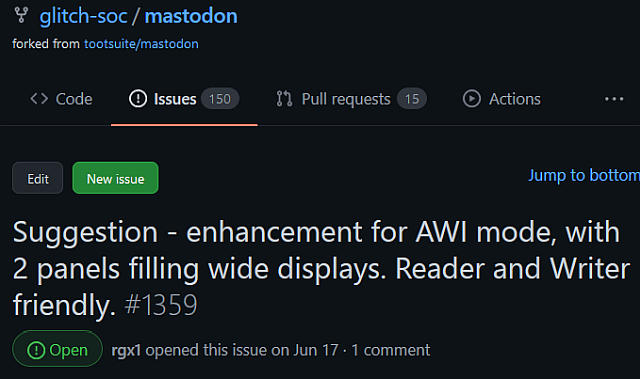 My Suggestion for AWI enhancements on the Glitch-Social GitHub was posted 6 months ago. NO replies or comments. 🤨

My bug report at the PleromaFE Git hub was also posted a few months ago.

No comments there at all. 🤔😐

I have a fully explained and detailed Forum post about the proposal also. Please visit and check it out. It's publicly readable, and if you want to comment, a free registration only takes a minute. 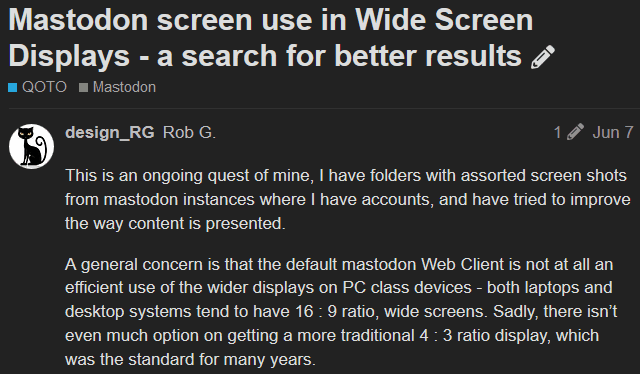 Pleroma is the Future, but we need to fix some issues. Thank you!

#FediReporter in action. We can do better, Fediverse.